What makes you, you?

People tend to compare themselves to others at different stages of their lives. Sometimes these comparisons can help us set goals and find confidence in our identity. You might have seen yourself in a parental figure or a celebrity. But have you ever felt like lion at heart or a graceful fish in the water? Has your soul felt as one with a leaf falling slowly from its tree in autumn or have you found yourself ingrained in the cobblestones of a city?

That’s the spirit of Paean to Place by Lorine Niedecker: We see ourselves in others, like family, and also in our surroundings. I read Niedecker’s work for the first time as a college freshman, and sometime during that class I copied some of my favorite lines into a notebook. Unfortunately after almost a decade after “discovering” this writer, I’ve never seen anyone share her work. You can read the entire poem here.

Looking back to the past for help

“Paean to Place” centers around a woman who we learn several things about almost immediately. She was from an area constantly flooded by water. She grew up poor. Her parents are dead.

It is written in the past tense so I always read it as the narrator looking back at her life. She is not only remembering things, but recounting her story in order to accept who she is. I’m pretty sure of this as I get to the last stanza. Read it on your own and let me know if you agree. 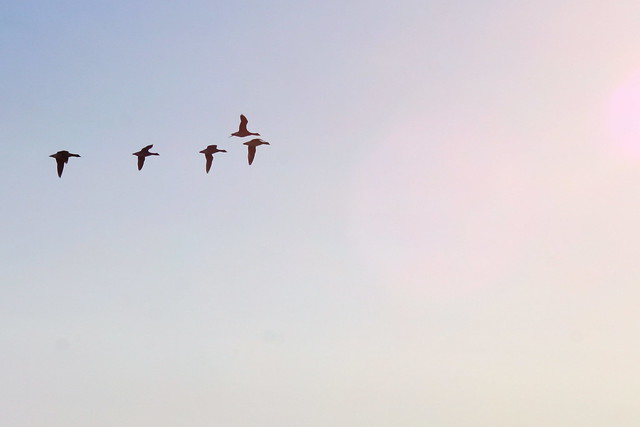 So she’s a product of her surroundings? Yes, but more than that. She finds that herself and her parents can be described in reference to the water or the creatures living around it. Things that help her construct an identity and figure out what’s important.

Up in the sky and in the water, she was surrounded by birds that she knew by their official names: Plovers, sora rails, canvasbacks, woodcocks. She remembered all of their sounds (even wishing in one line, that her mother could hear them). At one point the girl considers herself a “solitary plover”. Like the marsh birds, she had a unique song and one outfit. She wore it as long as the birds kept their feathers. (Apparently seven years). But as much as the girl wants to be like them, ultimately it’s the wings that really set them apart. Her feathered neighbors had more freedom to leave the marsh in which they resided. This is pretty sad, given that within the first few stanzas she reveals her parents dreams: “that their daughter/ might go high/ on land/ to learn.

Niedecker’s narrator does not have feathers but “a pencil/for a wing-bone.” Words are what carry her out of her difficult world. This is the line that really resonated with me. (Please leave your sarcastic gasps for the end of the show. I’m sure that other writers and lovers of words will feel the same.) 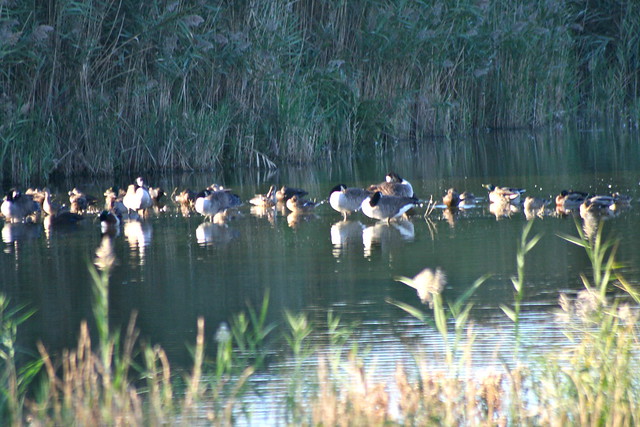 It seems that the girl, now a woman, left her home in an effort to escape the water and the flooding. She’s different now. But when she returns to visit her parents’ graves, the narrator finds herself a part of it all again.
Though she tried to be a bird and fly away, it’s not the wings that were missing. Her identity was shaped like the water lillies, irises and speedwells that spread around her. Ordinary flowers grew toward light and pleasant conditions, but these survived flooding and grow on top of graves. She had just grown roots in one place for so long, but that was okay.
The water haunted her but it also renewed her, and gave her life.
————–
O my floating life
Do not save love
for things
Throw things
to the flood
————–
It’s not easy to figure out what defines us. For me, like in Niedecker’s poem, there’s always been a small battle going on to accept things that have shaped me for better or worse. Those things can feed us and help us grow instead of keeping us down.

So what would you say has shaped you? Is it something that holds you back or helps you forward?